Batman: The Long Halloween is a 2021 American two-part animated direct-to-video superhero film produced by Warner Bros. Animation and DC Entertainment. The film is directed by Chris Palmer. The film is dedicated to Rivera, as it was her final film role before her death in 2020. The Production Companies of Batman: The Long Halloween, part one are DC Comics and Warner Bros. Animation, Distributed by Warner Bros. Home Entertainment and Studio Distribution Services.

Batman: The Long Halloween, Part One

What does “Batman: The Long Halloween, Part One” is it about?

This movie is inspired by the iconic mid-1990s DC story from Jeph Loeb and Tim Sale. The movie begins as a brutal murder on Halloween prompts Gotham’s young vigilante, the Batman he forms a pact with the city’s only two uncorrupt lawmen to take down The Roman, head of the notorious and powerful Falcone Crime Family. But when more deaths occur on Thanksgiving and Christmas, it becomes clear that, instead of ordinary gang violence, they’re also dealing with a serial killer. Few cases have ever tested the wits of the World’s Greatest Detective like the mystery behind the Holiday Killer. In the movie, batman investigates a murder spree that takes place on holidays.

Batman: The Long Halloween, Part One has been rated PG-13  for violence, bloody images, language, and some smoking

The PG-13 rating means Parents Strongly Cautioned, Some Material May Be Inappropriate for Children Under 13. This rating is a stronger caution for parents that content included may not be appropriate for children under 13 (pre-teen ages). This may include stronger language, extended violence or sexual situations, and drug use.

Batman: The Long Halloween, Part One Wallpaper and Images

Who is in the voice cast of Batman: The Long Halloween, Part One? 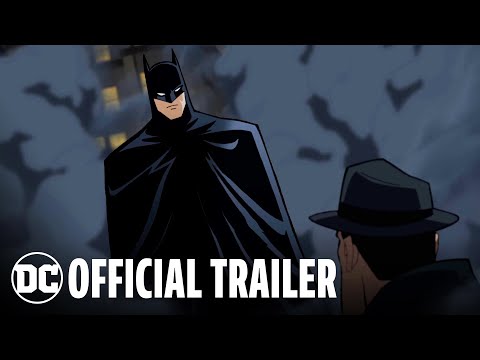