The games feature a male bear named Banjo and his friend, a large female red bird called Kazooie, who are both controlled by the player. Throughout the various games, they are tasked with thwarting the various evil schemes of a witch named Gruntilda.

The game features nine nonlinear worlds where the player must use Banjo and Kazooie’s wide range of abilities to gather items and progress through the story. It features challenges such as solving puzzles, jumping over obstacles, collecting items, and defeating opponents.

ESRB– Banjo-Kazooie has received ESRB Rating E (Everyone). ESRB E (EVERYONE) means that the content of the game is generally suitable for all ages. May contain minimal cartoon fantasy or mild violence, and/ or infrequent use of mild language.

PEGI- Banjo-Kazooie game has received a rating of PEGI 7 because of violence.

Banjo-Kazooie is a single-player platform game where the player controls the protagonist’s Banjo and Kazooie from a third-person perspective. The game features nine three-dimensional worlds where the player must gather musical notes and jigsaw pieces, called Jiggies, to progress. Each world is composed of a number of challenges that involve solving puzzles, jumping over obstacles, gathering objects, and defeating opponents. The game features action-adventure elements, and the player must often interact with non-player characters and help them. It is also possible to increase Banjo and Kazooie’s health bar by collecting empty honeycomb pieces throughout the game.

Banjo and Kazooie can perform many abilities, such as jumping, climbing, swimming, flying, and rolling into enemies. These are gradually learned by finding their friend, Bottles the mole, throughout the game. Some abilities require specific items to be performed. For instance, red feathers allow Banjo and Kazooie to fly, while gold feathers protect them from damage.

Some items allow the pair to gain temporary abilities. For instance, the Turbo Trainer shoes provide a speed burst used to reach a destination on time. Additionally, found in each world are small creatures called Jinjos that, upon collection of the entire world’s population, grant the duo a Jiggy.

Banjo and Kazooie are occasionally aided by their friend Mumbo Jumbo, a shaman who can use magical powers to transform them into several creatures. These include a termite, an alligator, a walrus, a pumpkin, and a honey bee. Creatures have their own abilities and allow the player to access otherwise inaccessible challenges. Before a transformation process is allowed, the player must find a required number of “Mumbo Tokens” in the world.  By finding a spellbook called Cheato in the game’s overworld, the player may also unlock secret codes that increase the capacity of Banjo and Kazooie’s item inventory. 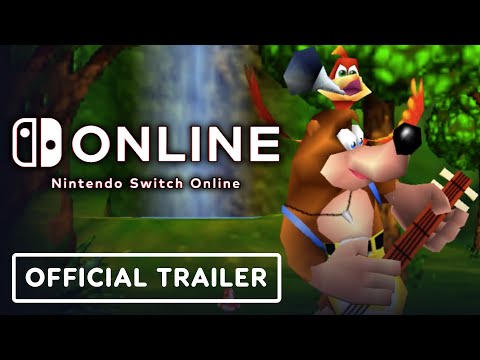