"Marty McFly, a 17-year-old high school student, is accidentally sent thirty years into the past in a time-traveling DeLorean invented by his close friend, the eccentric scientist Doc Brown"

Back to the Future Parents guide

Back to the Future is a 1985 American science fiction film that is directed and written by Robert Zemeckis, with a screenplay by him and Bob Gale. The movie had been released on July 3, 1985 (United States). The Production Companies of Back to the Future are Universal Pictures, Amblin Entertainment, and U-Drive Productions, distributed by Universal Pictures and United International Pictures.

Back to the Future

Back to the Future Official Synopsis

Marty McFly, a typical American teenager of the Eighties, is accidentally sent back to 1955 in a plutonium-powered DeLorean “the time machine” invented by a slightly mad scientist. During his often hysterical, always amazing trip back in time, Marty must make certain his teenage parents-to-be meet and fall in love, so he can get back to the future.

Back to the Future Parents guide and Age Rating

Back to the Future Age Rating

Back to the Future has been rated PG for the content shown in the movie.

Why Back to the Future is PG-rated?

Back to the Future Wallpaper and Images

Who is in the cast of Back to the Future?

Back to the Future Official Trailer 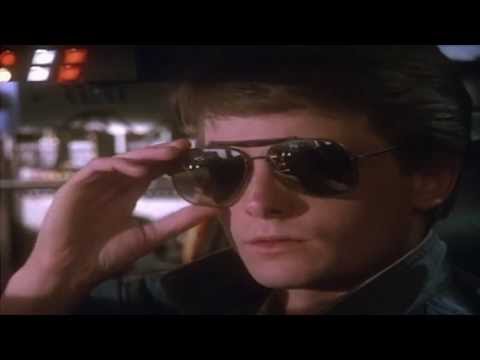