"These Pretty Women... Are Clueless!"

B.A.P.S (an acronym for Black American Princesses) is a 1997 American female buddy comedy film directed by Robert Townsend and starring Halle Berry, Natalie Desselle, and Martin Landau. The film was written by Troy Byer and was her first screenplay.

B.A.P.S.
Note! If you already watched the series, please inform us about the parental guidance here with your support, we can bring out a better vision to everyone.

This account is all about two girls Nisi and Mickey who were girlfriends and works as waitresses. They fly to California to audition for a music video just to meet their financial goal to open up their dream restaurant. There Nisi got the character as the granddaughter of Lily, Once Mr.Blakemores one true love, that he lost a long time ago and was not able to recover because she was his family’s housekeeper. They bring back Blakemore’s trust in life, and he trains them to be “Black American Princesses” in return. 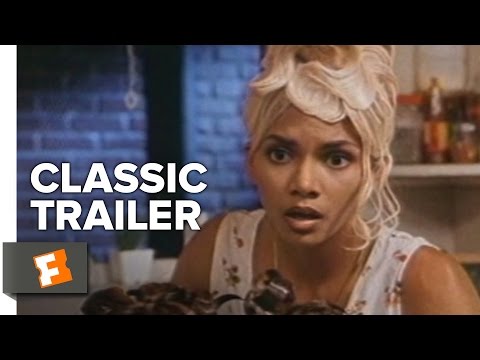 Know About B.A.P.S. Parents Guide. Why did the film B.A.P.S. receive this age rating? Read the complete information here about B.A.P.S. Age ratings in the UK, US, Australia, Canada, Ireland, Switzerland, and overseas.