Feigco Entertainment produced the movie, A Simple Favor. It plots the life of a mother and a blogger who runs behind the mystery of the sudden disappearing of her best friend Emily.

What is the A Simple Favor Age Rating

The movie, A Simple Favor Age rating, is R.

In fact, the age rating, fixed by MPAA( Motion Picture Association of America film rating system). R means the movie includes contents where children under the age of 17 require parents guidance to watch the movie in theatres.  Firstly, R rated -A Simple Favor, for including some mature thematic elements, alcohol use, sexual contents, nudity, and the language, that are not suited for children under the age of 17.

A Simple Favor 2018 rated 15 in the United Kindom and R-rated in UStatesstates with overseas. In addition, it is rated 14A in Canda, 12 in Netherlands and 16 in Hungary. Moreover, it is rated M18 in Singapore, 12 in Spain and 11 in Sweden. This includes the age rating of Simple Favour in the US, UK, NZ, Ireland, Canada, Singapore, and others.

Eventually, these are the reasons for the R rating for A Simple Favor.

In fact, A Simple Favor will reach global theatres on September 14, 2018. In addition, the distribution rights purchased by  Lionsgate. 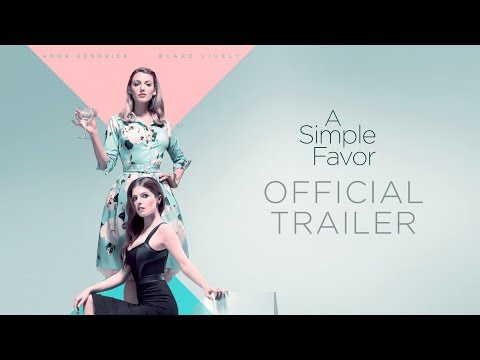 What is A Simple Favor Runtime

The movie will take an approximate 117 minutes. That’s a 1 hour,57 minutes movie.

Stay tuned to get more updates on the age rating of A Simple Favor. In fact, you can read the complete information about the upcoming movies to reach theatres here. Finally, any suggestions always welcomed. Also, please make use of the comment box for your reviews.