"A misfit ant, looking for "warriors" to save his colony from greedy grasshoppers, recruits a group of bugs that turn out to be an inept circus troupe"

At an annual pace, a huge colony of ants is forced to collect every piece of food that grows on their island for a group of menacing grasshoppers. But that all changes when a misfit inventor ant named Flik accidentally knocks over the offering pile thus forcing the grasshoppers’ devious leader Hopper to force the ants to redo their gathering of food. Despite the fact that his friends don’t believe him and are desperate to help save the colony, Flik volunteers to go out into the world and search for a group of warrior bugs. Instead, what he got was a talented group of circus performers. But when the grasshoppers return and take control of the island, Flik must prove himself a true hero before it’s too late.

A Bug’s Life has been rated G for the content shown.

G-rating means General Audiences, all ages admitted, meaning there is nothing in theme, language, nudity, sex, violence or other matters that the rating board thinks would offend parents whose younger children view the picture.

Why A Bug’s Life is G-Rated?

A Bug’s Life Wallpaper and Images

Who is in the voice cast of A Bug’s Life? 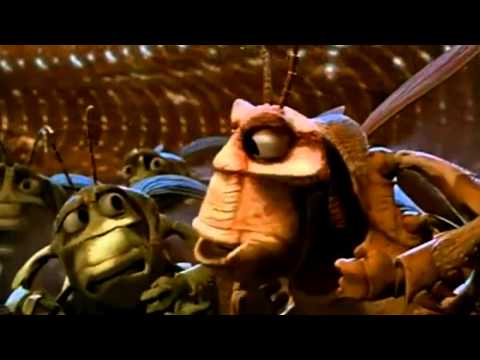