44 Cats is Rated TV-Y7 for the thematic elements portrayed in programs with this rating are specifically designed for a very young audience.

TV-Y7 – Some shown content in the film may be inappropriate for children under the age of 7.

44 Cats
Note! If you already watched the Series, please inform us about the parental guidance here with your support, we can bring out a better vision to everyone.

Season 1: 44 Cats is a preschool comedy series that follows the daily adventures of four cats named Lampo, Milady, Pilou, and Meatball. All of them are part of a music band called ‘The Buffycats’.
Season 2: In the new season of 52 episodes, the Buffycats and Granny Pina will be joined by new animal and human friends and will face new missions and surprises. The mix of action, comedy, friendship, and great music makes 44 Cats a series that stands out worldwide, with a soundtrack of original songs by Antoniano.
Season 3: The adventures of four kittens who make up the musical group called The Buffycats, with stories focusing on themes of friendship, altruism, tolerance and diversity. 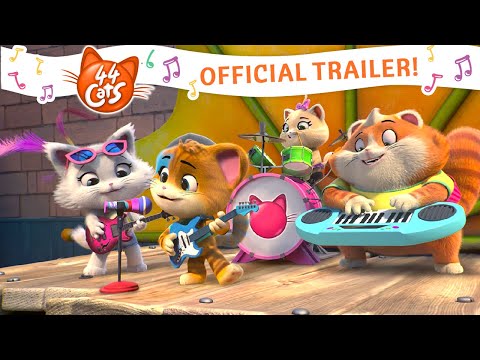 G in Australia and Singapore, AL in Netherlands, TP in Spain and TV-Y7 in United States.