What is Sky Rojo age rating?

TV-MA– This series is intended to be viewed by mature, adult audiences and may be unsuitable for children under 17.

Sky Rojo Series 2021 Rated TV-MA
Note! If you already watched the series, please inform us about the parental guidance here with your support, we can bring out a better vision to everyone.

The account of three ladies is constrained into prostitution. It’s a freeing account of their activities attempting to break liberated from the disasters that are hassling their psychological, physical, and enthusiastic mental soundness.

1.1 When Gina gets in a violent brawl with her pimp, Coral and Wendy come to her rescue, sparking an astonishing chain of events.

1.2 The trio hides out in a place that seems perfect – until it suddenly isn’t. Coral gets shocking news. Romeo’s men follow Coral’s cellphone signal.

1.3 Coral recalls past events that led to an unexpected affair. Gina confesses to being in a relationship with a man, whom she seeks out.

1.4 When Moisés and Christian catch up to the trio and corner them, Coral decides to turn the tables on the brothers. Wendy’s backstory is revealed.

1.5 Christian and Moisés follow Wendy into a warehouse, where a surprise awaits. Coral admits she came to the club voluntarily and explains why.

1.6 The trio makes a discovery that complicates their plans to escape for good. In a flashback, Romeo asks Coral to work for him in another capacity.

1.7 The three women seek the vet’s help again. Coral opens up about her past. Romeo returns to the club, where Fernando asks to speak to him.

1.8 Wendy runs into a man who won’t take no for an answer. Romeo demands that Moisés prove his loyalty. The trio launches a plan to reclaim what’s theirs.

2.1 An injured Wendy contemplates seeking revenge on Christian as he desperately searches for Moisés. Coral makes a life or death decision regarding Romeo.

2.2 Gina and Wendy negotiate a hostage swap to get Coral back but their escape brings a new set of challenges.

2.3 Coral frantically attempts to save herself and her two friends, who fear it is hopeless. Grief seeps into Moisés and Romeo’s celebration at the club.

2.4 Moisés seeks advice from a friend when his guilt threatens to overwhelm him. Underground, Wendy asks Coral for a favor.

2.5 Coral proposes a new plan to get revenge on Romeo. Wendy has an idea of who can help them. Moisés and Christians struggle with their latest obstacle.

2.6 Gina finds a creative solution for their weapons problem while Wendy confronts Fermín about his actions. Romeo reminds Christian of their history.

2.7 After a violent episode at the hotel, the women and Fermín put their robbery plan in motion. Moisés and Christian try to pull off a heist of their own.

2.8 The battle for money, justice, and vengeance rages on, straining all parties involved as alliances shift and the victim count rises. 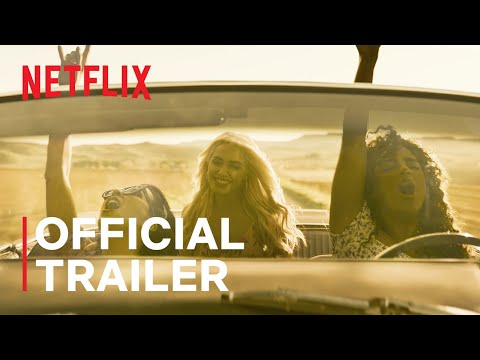 Masters of the Universe: Revelation (2021)