Gigi & Nate is an upcoming Family, and Drama film, directed by Nick Hamm and written by David Hudgins.

If your kids wish to watch the film it is important for you to check out Gigi and Nate Parents Guide. It gives you prior information about the content of the movie so that you can decide if the film is appropriate for your kids or not.

Nate Gibson’s life is turned upside down after he suffers a near-fatal illness and is left a quadriplegic. Moving forward seems impossible until he meets his unlikely service animal, Gigi – a curious and intelligent capuchin monkey – who helps Nate find what he needs most: hope.

Gigi & Nate is Rated PG-13 for some thematic material and language.

Who is in the cast of Gigi & Nate? 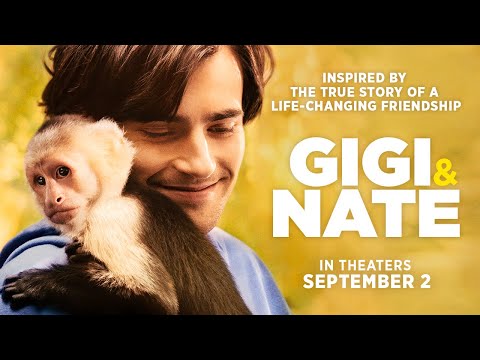 Know about Gigi and Nate Parents Guide. Why do Gigi & Nate receive this age rating? Read the complete information here about the Gigi & Nate ratings in the UK, US, Australia, Canada,  Ireland, Switzerland, and overseas.