Alex Rider is a British spy thriller television series created by Guy Burt. It is based on the novel series of the same name by Anthony Horowitz.

TV-Series Alex Rider is Rated TV-14 for some violence, nudity, and language throughout.

Season 2 of TV-Series Alex Rider is scheduled to be released on 03 December 2021 (USA).

In this series,  Alex Rider a London teenager is recruited by the Department of Special Operations, a subdivision of the Secret Intelligence Service, to infiltrate a controversial corrective academy for the wayward offspring of the ultra-rich.

Isolated far above the snowline in the French Alps, Point Blanc claims to set the troubled teenage children of the ultra-rich back onto the right track. But as he digs deeper, Alex discovers that the students are in fact the subjects of a disturbing plan by the mysterious Doctor Greif a plan which he will have to risk his life to stop. 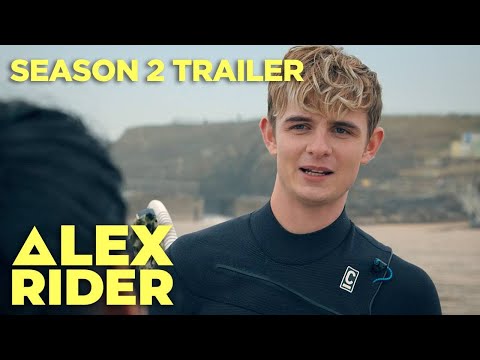 Daughter from Another Mother